There are more black billionaires in Africa than anywhere else on the planet; in fact the richest man on our inaugural list is Mohammed Al Amoudi from Ethiopia. With an estimated net worth at $10.4 billion US dollars, Mohammed Al Amoudi’s fortune  is approximately $8.2 billion US greater than the next man black man our list, South Africa’s Patrice Motsepe.

Forbes magazine and others, estimate that of the 6.5 billion humans on the planet today only about 1,150 of us are billionaires. There is a silver lining in the proportionality of races on the billionaires list that Forbes compile annually, and that is, we have more black billionaires today, than at any time in history.

Most historians conclude that Reginald F. Lewis, who died of brain cancer in 1993, was the first black billionaire of the modern era. Since Lewis’ death, only the queen of media herself, Oprah Winfrey has carried that honor longest, followed very briefly by Bob Johnson.

The marked increase of new black millionaires, most with wealth exceeding a half billion dollars is a very promising sign that soon ,the world will see a growth spurt in mega wealth amongst blacks.

The Top10 Richest People in Africa 2023
Tiger and Charlie: Is This a New Woods Dynasty?

This list is comprised of the world’s super wealthy black men, who as anyone can plainly see defy any stereotypes. Of the ten richest back men in the world only three, Michael Jordan, Tiger Woods and Magic Johnson derive their wealth partially or primarily from sports or brand name endorsements.

We will honor the richest black women in the world with their own list very soon, which will be just as impressive as the men’s. 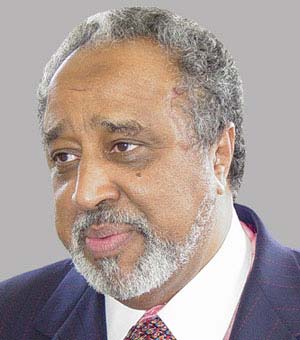 Mohammed Al Amoudi initially made a potion of his sizeable fortune from oil. By all estimates he is the richest black man on Earth. Now a resident of Saudi Arabia, he is making tremendous investments there with a massive $30.0 billion contract with the government to build underground storage. Furthermore he is making huge bets on Ethiopian farm lands with sizable investments in modernization, in hopes of international exports of locally grown food. Mohammed Al Amoudi’s networth has steadily increased by approximately $1.00 billion yearly and if the trend continues by mid 2011 he may worth approximately $11.4 billion dollars.

Patrice Motsepe is South Africa’s richest black man and its wealthiest self made son. Patrice earned his wealth the old fashioned way through hard work, sweat and some luck. His wealth is rapidly increasing, by approximately $1.0 billion just year alone. Unlike DeBeers and other mining old money oligarchs, Patrice bought older mines and through some frugal but efficient work ethic, turned a profit from them. 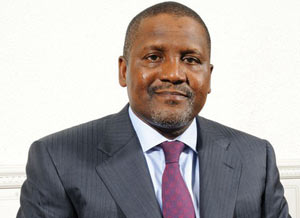 Aliko Dangote’s wealth shrunk by a few hundred millions in 2010 despite the fact that he had strong sales in cement to China and parts of Africa. Aliko even saw his investment in Benue Cement doubled in 2010, the Nigerian financial system has been shellacked by the great worldwide recession. He will ultimately see his wealth climb in 2011 because of the rebounding  stock markets. 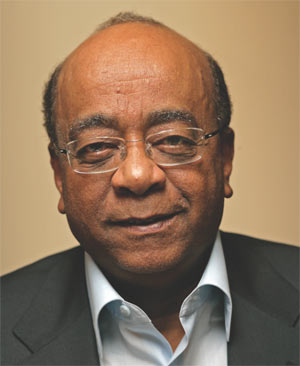 Mobile telecommunications is a sector on fire, especially with the advent of smart phones and the Ipad and other mobile tablets. Mo Ibrahim knew this long before the rest of us, that’s why he created Celtec, a mobile phone company now serving some 23 countries in Africa and elsewhere.  Mo Ibrahim sold his company some years ago, he now reside in London. His philanthropic activities increased markedly right after he retired. 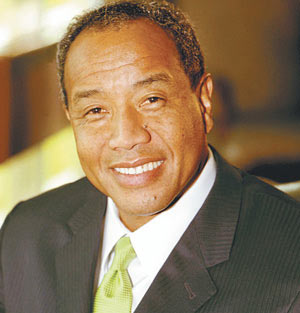 Michael Lee Chin’s have seen his impressive wealth declined by $1.5 billion over the past 6 years due in part to a shrinking value of the stock price of his company AIC mutual funds. Ironically it’s his previous investments in emerging markets in South America and National Commercial Bank in Jamaica and Total Finance in Trinidad & Tobago that’s kept his bottom line healthy. 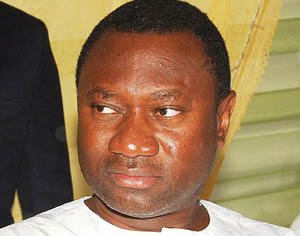 In 2009 Forbes magazine ranked Nigeria’s second billionaire Femi Otedola, the 601 richest person on Earth – he had an estimated net worth then of $1,200,000,000 US. One year later in a plot twist worthy of Shakespeare, he lost around 50% of his considerable fortune. He blamed his once good friend and fellow Nigerian billionaire, Aliko Dangote, who is a powerhouse in the cement industry there. Aliko viewed Femi’s entrance into the states oil industry as going back on a gentleman’s agreement they’d previously made to stay out of each other’s respective industries. Femi may gain a good portion of his prior net worth back since the recovery of worldwide stock markets. 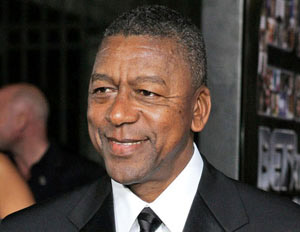 Robert Johnson was once, one of the most powerful men in modern media with his flagship and barrier breaking BET television network, which eventually he sold to Viacom Media Corporation in 2000 for $3.0 billion US. In 2000 His wealth was estimated to exceed $1.50 billion. His net worth has declined due in part to a much published divorce from his wife Sheila, along with whom he created BET. She was awarded approximately half his wealth in the divorce settlement. 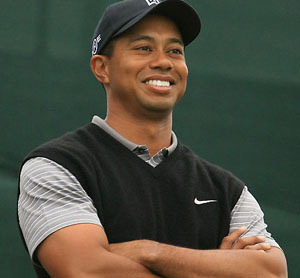 Despite his well publisized divorce from wife Ellin and loss of at least 5 sponsors including Gillete and Gatorade, Tiger seems to have most of his massive well earned fortune still intact. In fact a lot of money magazines still forecast that he’ll amass a personal fortune of a $1.00 billion US within the next 5 years. If Tiger Woods does reach that lofty marker he’ll the only athlete in history to do so.

Arguably the greatest basketball player of all time Michael Jordan still make more money in endorsements than current mega stars such as Shaq or Dwayne Wade, surely a testament to his greatness and business savvy. Michael is Nike’s number two pitchmen, number one’s Tiger Woods. Michael Business acumen is just a sharp as his playing skills he is now mahority owner in the Charlotte Bobcats a team whose co-owner is Bob Johnson. Michael assumed some of the Bobcat’s debt in order to secure majority status – a risky move considering the team hasn’t been performing well.  Michael net worth could possibly have exceeded the billion dollar mark hadn’t been for a previous divorce settlement to ex- wife Anita. 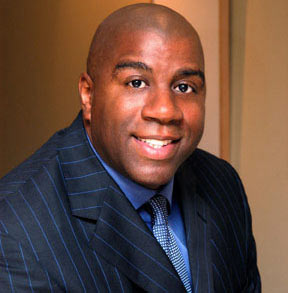 Unlike fellow basketball great Michael Jordan, Magic hegded his bets in many different business avenues from his Magic Johnson theatres or his line of restaurants franchises such as Starbucks, T.G.I. Fridays and even AMC Theatres. Magic’s wealth has stayed stable for many years with gradual growth. Magic lasting legacy may not just be his on court moves but also a staunch advocate upliftment of depressed communities through real business investing.