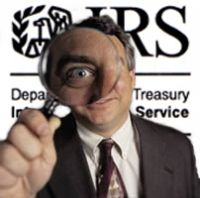 In a 2011 documentary on US financial news channel, CNBC, IRS agents admitted to snooping US citizens’ Facebook pages. The CNBC piece was on tax cheats – a group that’s increased by some 40% since 2008.

Facebook alone now have more than one billion registered users on its site. That’s one sixth of all human beings putting their lives inside a single company’s machines!

With so many people willing to share their daily lives with friends, families and essentially the world – governments are taking notice. China routinely uses social media to track its citizens, of course the US government pioneered this Cyber snooping.

No one knows how many people the IRS monitors online but some say the number’s increasing. I cash starved economies the world over, tax revenue, is the needed for more than ever.

Police, employers and spouses have been using social media as a tool for spying for years so now. This time we gotta watch out for the taxman.