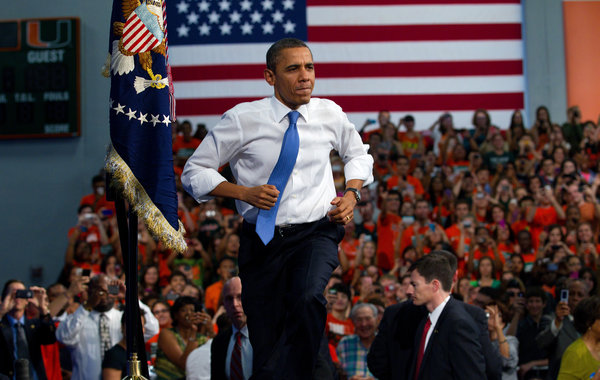 According to polling group Gallup, the US President’s approval ratings is getting hit by the ongoing Governement shutdown. President Obama’s approval had been hovering around at or below 50% since re-election, as October, 2, it’s 44 percent.

A slowly healing US economy had been helping the President get some of his best approval ratings for months. With the Republicans trying to sink his signature accomplishment, the so-called “Obamacare” legislation, the country is divided.