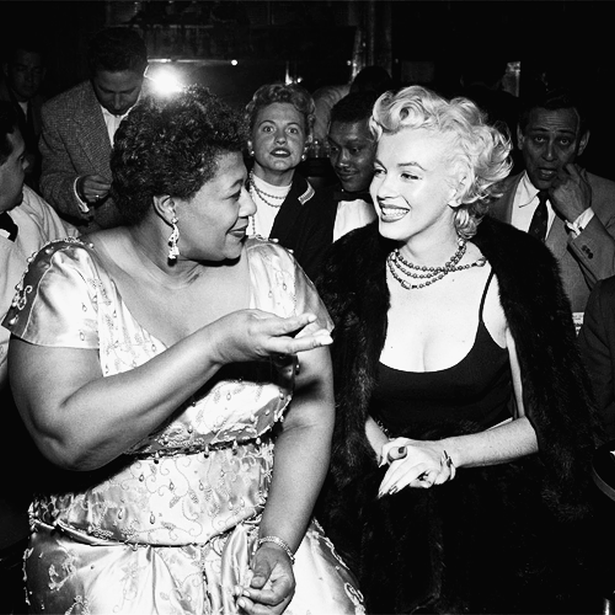 Who knew screen legend Marilyn Monroewas such a big supporter of the Civil Rights Movement, in its infancy.  Jazz goddess, Ella Fitzgerald got a major boost in her career because of the actress.

The Mocambo nightclub in West Hollywood, the most popular dance spot at the time, refused to let Ella perform there because she was black.

Marilyn told the owners that if they would let Ella perform, she would be there in the front row every time Ella was onstage. Monroe kept her word, and the two became friends.

According to the great Ella Fitzgerald:

“I owe Marilyn Monroe a real debt…it was because of her that I played the Mocambo, a very popular nightclub in the ’50s. She personally called the owner of the Mocambo, and told him she wanted me booked immediately, and if he would do it, she would take a front table every night. She told him – and it was true, due to Marilyn’s superstar status – that the press would go wild. The owner said yes, and Marilyn was there, front table, every night. The press went overboard. After that, I never had to play a small jazz club again. She was an unusual woman – a little ahead of her times. And she didn’t know it.”