Barack Obama is the 3rd best performing president for Wallstreet – in history. He best both president Bushes and Reagan. In fact the first African American president out shone all republican presidents.

Digging into the data shows a man who lead his country through its second worst financial collapse with foresight and strength. He did all this while being characterized as an enemy to businesses and Wallstreet. 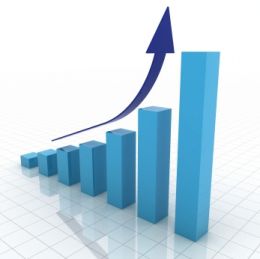 Obama is now the only the second president in history to lead while the Dow Jones industrial average’s tops 14,000. The other, his predecessor, George W. Bush.

Since first taking office on January, 21, 2009 the Dow Jones have risen some 120 percent. Only two other presidents presided over such bull market, Clinton and Roosevelt – both Democrats.

The S&P 500 have hit record levels too since the president’s first term. That market index has risen 85 percent in his 4 year tenure.

Obama and his financial team of Ben Bernanke and Timothy Geithner were lambasted by the republicans, meeting mainly resistance. Virtually every measure passed by the congress was with majority democratic support.

At the 2012 democratic convention, President Clinton made the statement that the economy does best under Democrats than republicans. The evidence for his assertion keeps mounting.