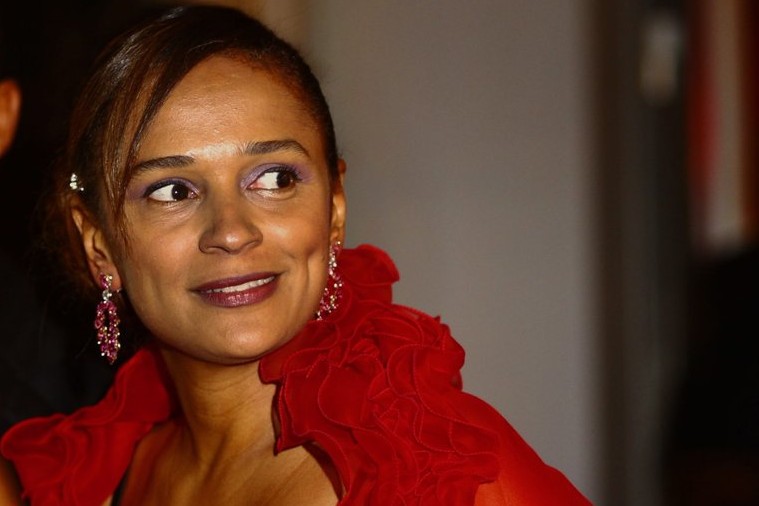 The world’s newest billionaire gets no love from Forbes magazine. In an article titled, “Isabel Dos Santos, Daughter Of Angola’s President, Is Africa’s First Woman Billionaire” – Forbes formally introduced us to, Isabel Dos Santos from Angola.

Forbes, the foremost authority on wealth, albeit personal or commercial – thoroughly vetted Santos in their story. The writer, Kerry A. Dolan gave detailed accounts of Santos’ public holding’s, which are primarily in European assets.

In addition, she is said to be a 25% shareholder in the Angolan telecoms company Unitel. The state-owned newspaper Jornal de Angola awarded her the title of entrepreneur of the year for 2012.

The first half of the article portrays Santos as a relatively young and brilliant self made woman. Isabel we learn attended public schools in both Angola and London; before her father became president. She was a student at King’s College in London, studying electrical engineering.

Even though the writer listed most of her assets in publicly traded companies, she then calls into question the source of Isabel’s initial investments.

No one questions Bill Gates about his income source at the dawn of Microsoft’s monopolistic days. Warren Buffet started his colossal investment empire from nothing – we’re told.

The Story generated a torrent of comments from Forbes readers; the vast majorities were bitter and downright sexist. Now, we’re not saying Mrs. Dos Santos is an angel.

The fact is, not one of the more than 1500 billionaires alive obtained their fortunes through purely tried and true business practices. A lot of them bribed, cajoled and done other things we shouldn’t mention here.

This is how folks who make in the business world from Africa will be treated. Patrice Motsepe’s wealth was thoroughly dissected by Forbes a few years ago when he was on the cover. On Isabel’s part, she never talks to the media and for that they’ll concoct and invent stories – real or otherwise.