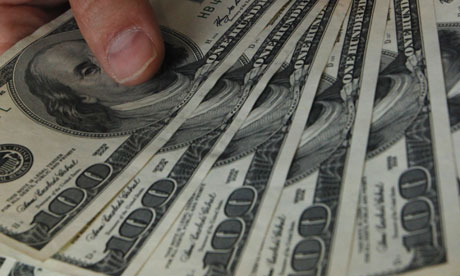 President Obama’s minting more millionaires and billionaires than any US leader in recent memory. Since the record fall of the financial markets under George W. Bush – which also continued for a few months into Obama’s first term – the rich got richer.

Most gains from investments are taxed at a precipitously smaller rate than the incomes of America’s working class. On the other side of the coin, people who never took part in the market surge, saw their net worth stagnate.

Obama was keenly aware of this and some say the president knew the trend was inevitable. That’s why for four years he sought a tax increase on the rich or people making $250,000 or more. The very individuals with cash to gamble on stocks, bonds etc.

The Fed’s massive cash infusion into the US economy propped up many companies and industries, allowing them to weather the financial collapse started under Bush.

Since African American and Hispanics put far less of their incomes into the stock market, they saw minute gains from the biggest bull market of recent memory.